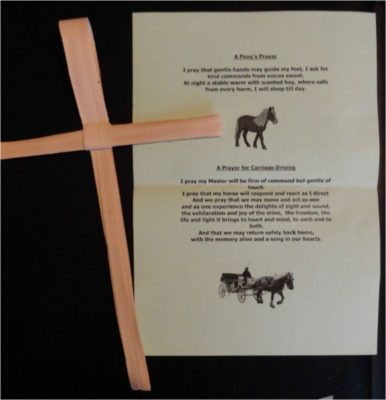 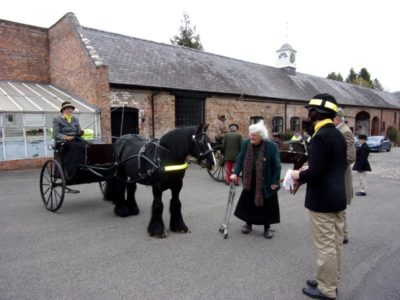 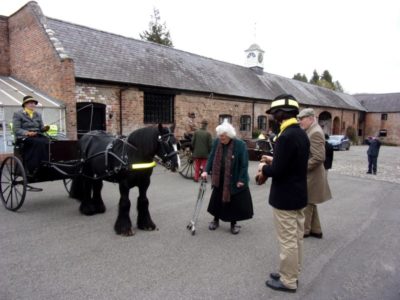 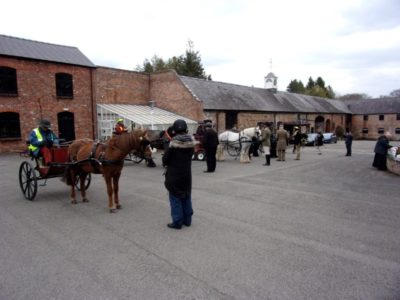 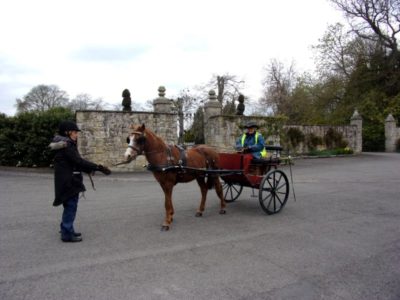 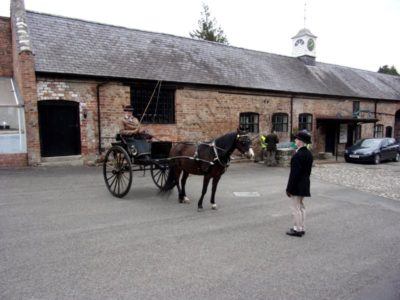 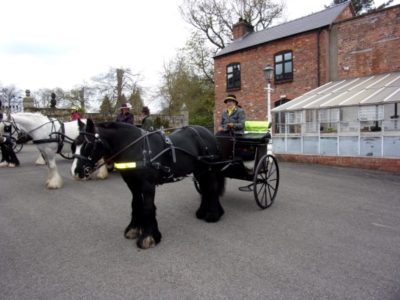 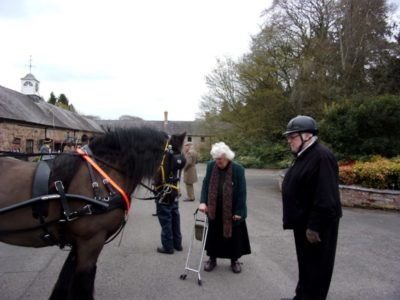 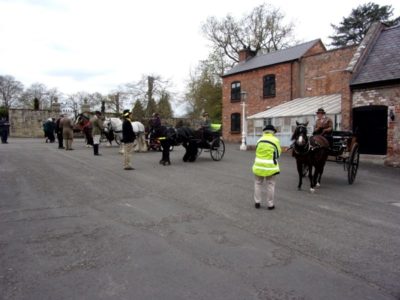 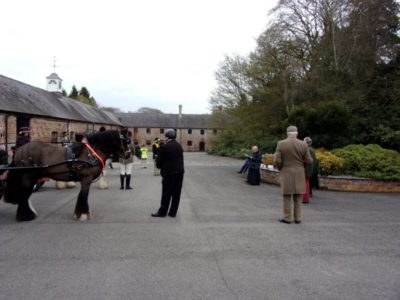 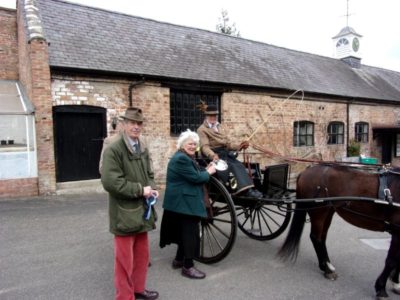 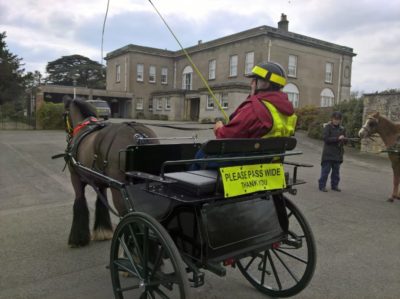 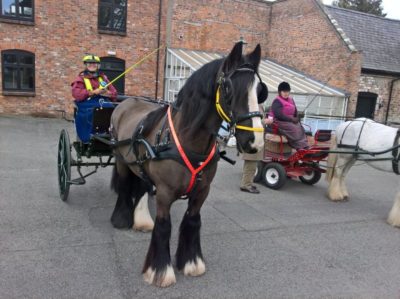 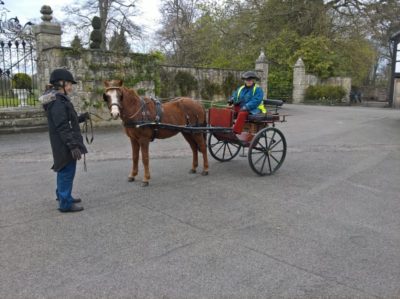 The Carriage Horse Blessing was held at Aston Hall, Oswestry on 14th April 2019, by kind invitation of Mr and Mrs Billy Griffiths. Five turnouts paraded in the courtyard where the blessing was conducted by Reverend Kathy Trimby.  Everyone was presented with a copy of the prayers which Kathy had written for the occasion, as well as a palm cross because it was of course Palm Sunday.

All the turnouts were thoroughly inspected  by three judges, including Mrs June Whittaker, before the Moonstoller Trophy was presented to Felicity Stubbs with Valentines Amber and groom Avril Pluck.   This trophy was given to Church Stretton club in 2005 by Mrs Whittaker in memory of her friend Jane Brindley who was sadly killed in a road accident.   Jane was a well-known member of the BDS who competed in both showing and driving trials with her Fell pony Moonstoller.

Rosettes were presented to all turnouts and then we set off on a drive of just over nine miles through quiet lanes and beautiful countryside.   It was a dry but chilly day and we travelled at a brisk trot.   The other turnouts were Jennifer Marren and Helen James with Corky, Mandy Hughes and John with Billy, Sue and Ian Cole with Sam the Man and Edith Hockenhull with Tally.

On returning to Aston Hall we were treated to a magnificent tea and a chance to catch up with friends at the first driving event of the year.

Many thanks to everyone who helped to make this such an enjoyable day, especially Lizzie Lawrence for organising the Blessing and Reverend Trimby for a lovely service, Philip Holder for stewarding, Mr and Mrs Griffiths for welcoming us into their home and, last but by no means least, the ladies who ensured that we were so well fed and watered!