On September the 12th eight turnouts left for a twelve mile drive from the farm yard next to the Bull’s Head pub in Rodington where horse boxes were parked by kind permission of Ian Griffiths.

with some rather nice houses old and new, some with attractive gardens. The day was overcast but

mild and rain-free, an ideal temperature for the horses and ponies. Three pairs took part – Russell

and Breeze nearly four miles from home.  Ann Staniland drove her pony pair. It was good to see that Jennifer Marron’s cob Corky, now recovered from his recent ailment, was able to take part driven by Jennifer with Helen James grooming. Ted Orgill’s cob Sally unexpectedly took exemption to the expansion strip of the bridge crossing the A5 but was persuaded across with assistance from groom Graham Taylor. The other single turnouts were Mike and Bryony Cowie with Red, Edith Hockenhull with Tally and Felicity Stubbs with Amber. The Haughmond pub was shut but at the half way stop members were able to obtain refreshments from the adjacent café. With all safely back at Rodington and the horses boxed up some members enjoyed a picnic lunch in the farm yard while others chose to have lunch at the Bull’s Head. 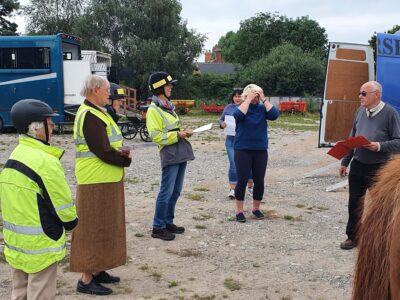 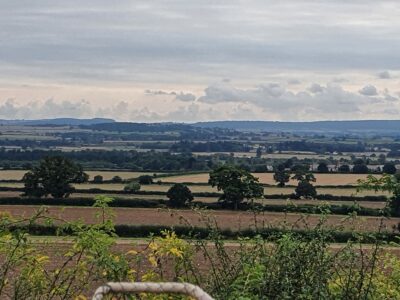 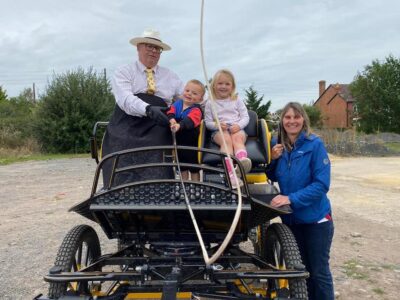 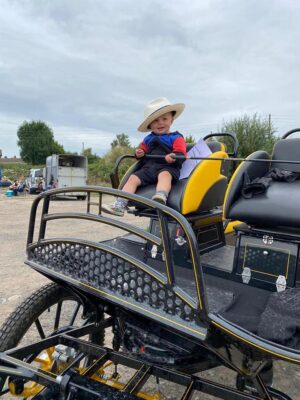 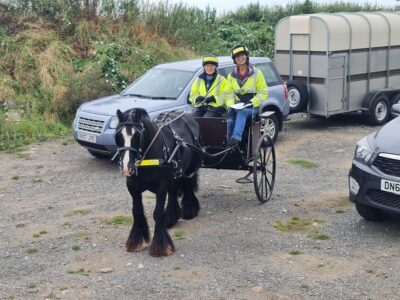 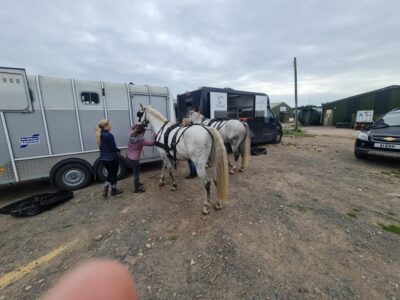 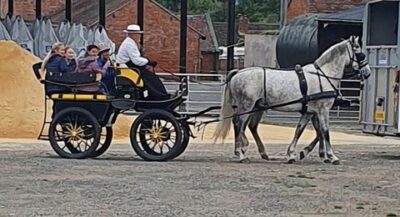